zekal3_3 2021-04-11 Fashion, Life & Love Comments Off on Air-Mobility General Wants The US Air Force’s Biggest PlanseDo More Than Carry Things In The Next War 48 Views 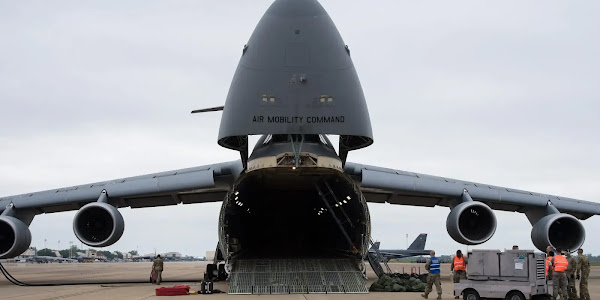 Business Insider: US Air Force's biggest planes need to do more than carry things in the next war, air-mobility general says

* The US military believes a war with Russia or China will require its current platforms do more.

The prospect of war with a powerful adversary means the Air Force's cargo and tanker planes need to be able to do more than move supplies and fuel, according to Gen. Jacqueline Van Ovost, head of Air Mobility Command. "Look at the competition that we're in right now.

Why wouldn't we change the calculus by doing different things, moving away from the antiquated view that [Air Mobility Command] just brings stuff … and [stays] outside the threat ring to be a maneuver force to support inside the threat ring, because that's really where we're going," Van Ovost said at Mitchell Institute for Aerospace Studies event on March 31.

WNU Editor: It sounds like this air-mobility general wants transport and fuel tanker planes to carry missiles and (maybe) drones.