zekal3_3 2021-04-11 Fashion, Life & Love Comments Off on US Marines Are Choosing Not To Get COVID-19 Vaccines Because They Think They Were Developed Too Quickly 39 Views 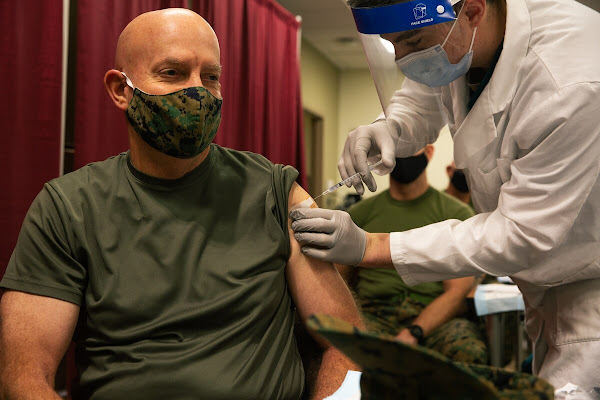 Daily Mail: REVEALED: Nearly 40 percent of the Marines are choosing not to get COVID-19 vaccines because they think they were developed too quickly

* New data released by CNN says that 38.9% of the Marines have refused the vaccine

CNN reported on Saturday that some 75,000 Marines have had one or two doses of a vaccine, and 48,000 have refused – a rejection rate of 38.9 percent. It is considerably higher than the rate of rejection among the general public which, according to a recent NPR poll, is around 25 percent.

WNU Editor: The US Marines are not the only ones who are reluctant to take the Covid vaccine …. Many health care workers are refusing to get a COVID-19 vaccine (CBS News).

On the other side. The situation is different for many members of the American military and their family members stationed outside the US who want the vaccine now …. Frustration grows at US military bases overseas over slow pace of vaccine rollout (CNN).

Previous U.S. Secretary of Defense Lloyd Austin Has Arrived In Israel Sunday For Two Days Of Talks
Next Air-Mobility General Wants The US Air Force’s Biggest PlanseDo More Than Carry Things In The Next War