Is ISIS About To Launch A New Wave Of Attacks In The Middle East? 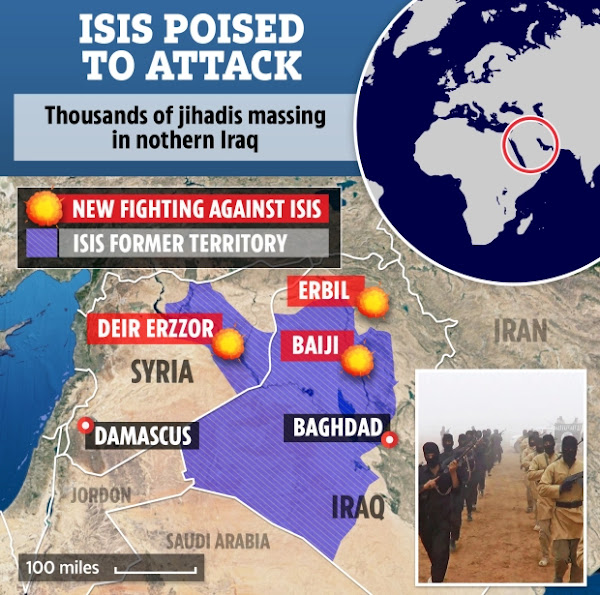 The SUN: ISIS STRIKE BACK Ten thousand ISIS fighters poised for new wave of terror after bloodthirsty jihadis exploit Covid to rebuild
TEN thousand ISIS fighters are poised to strike in northern Iraq after using the pandemic to rebuild their forces.
The chilling warning has come from both the commander of Kurdish forces preparing to resist the maniacs' onslaught and the United Nations.
It comes as the RAF has also been called into action to strike at targets in Iraq. ISIS once controlled a vast swath of territory across Iraq and Syria, seized in terrifying offensive in 2014, culminating in its leader Abu Bakr al-Baghdadi declaring an Islamic Caliphate in a Mosul mosque.
The bloodthirsty jihadis ruled with extreme brutality before a coalition of Kurdish forces backed by western airpower pushed them into their final pocket of territory in Baghouz, Syria in 2018.
But since their apparent defeat, they have been slowly rebuilding, despite the death of Baghdadi at the hands of US special forces.
Read more ….
WNU editor: I am skeptical that there are 10,000 ISIS fighters. But the U.S. military is still seeing ISIS as a threat …. US sees fighting resurgent ISIS as priority, not guarding oil (Arab Weekly).Original Article