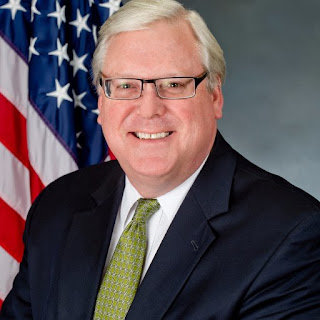 Albany at the moment may best be described by a few lines from All The President’s Men, “It leads everywhere. Get out your notebook. There’s more.”

In fact, there was a lot more at the State Capitol last Thursday night when reporters from the New York Post dropped a bombshell scoop detailing a secret virtual meeting of top legislative Democrats and members of Governor Cuomo’s inner circle.

The Post obtained an audio recording of the Democrats-only meeting and the story quotes one of the governor’s top aides, Secretary to the Governor Melissa DeRosa, admitting that the administration intentionally withheld a true accounting of the COVID-19 death toll in New York’s nursing homes for months on end in an effort to steer clear of federal prosecutors.

“We were in a position,” DeRosa said, “where we weren’t sure if what we were going to give to the Department of Justice…was going to be used against us.”

Among other numerous, incriminating statements, DeRosa tells key Democratic lawmakers, including those who chair the committees directly responsible for overseeing nursing homes, that “I do understand the position (legislative Democrats) were put in…It was not our intention to put you in that political position with the Republicans.”

In other words, the Cuomo administration finally apologized, but not for the horrific loss of life. Not for the pain of the families who lost loved ones. Not for deliberately misleading the public at large.

Only for putting Democratic allies in a “political position” with me and my Senate and Assembly GOP colleagues who have been fighting to uncover the truth.

This secret meeting was nothing more than a desperate attempt by Governor Cuomo’s inner circle to circle the wagons with legislative allies, get everybody on the same page, make sure that they all stick to the same script. And many did stick to it coming out of the meeting. Top Senate Democrats even went as far as to release a statement calling the meeting “productive” while charging that Republicans were being “shamefully” political. Sadly, they never mentioned that the Cuomo administration admitted what many of us have been seeking to expose for months now – a massive and unconscionable cover-up of New York’s COVID-19 nursing home and long-term care facility scandal.

The very next day, they were exposed by the Post’s reporting. Now they are all complicit.

It demands an immediate, full investigation at every level – criminal and otherwise – because the longer this drip, drip, drip of scandal goes on, the more it erodes New Yorkers’ trust of government. In the end, that’s one of the great dangers here.

So our ongoing pursuit of the truth remains twofold:

1.) Justice for the families and loved ones of the more than 15,000 elderly New Yorkers we’ve lost to this pandemic – including steps to try to ensure that it will not ever again happen to other families.

2.) Accountability for those responsible.

Since the January 28th report from state Attorney General Letitia James that revealed significant under-reporting by the Cuomo administration, we have been pushing for subpoenas to compel testimony and obtain all records related to the crisis. These efforts intensify now and include New York’s GOP Congressional delegation calling for a federal investigation.

Equally important, the AG report targeted Governor Cuomo’s now fateful March 25, 2020 order forcing nursing homes to accept COVID-positive patients – more than 9,000 by the time his order was rescinded, according to recent reporting by the Associated Press. Furthermore, the order prevented homes from testing for COVID as a condition of admittance. The very next day, on March 26th, the American Medical Directors Association, Society for Long Term Care Medicine objected to Cuomo’s order declaring that it was “over-reaching, not consistent with science, unenforceable, and beyond all, not in the least consistent with patient safety principles.”

The devastating impact of the March 25th Cuomo executive order must be fully exposed and examined – and that will require full records of what transpired within the administration in those earliest months and afterwards.

The New York Post story exposing the collaboration between the Cuomo inner circle and top legislative Democrats makes it clear that full investigations must be started immediately.

We should not be finding out the truth of this tragedy through leaks of secret Democrat-only meetings.

All of this needs to be aired, fully and forthrightly, in public.

In the meantime, hats off to all of the reporters keeping their notebooks out.