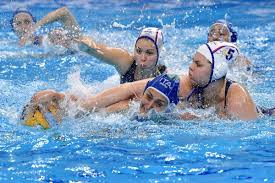 After being postponed twice, the event will be the final chance to book a ticket to the Olympic Games Tokyo 2020.

The time has come to find out the final two nations who will book their ticket to Tokyo 2020 with the 2020 Women's Water Polo Olympic Qualifier Tournament set to take place between 19-24 January in Trieste, Italy.

After originally being scheduled to take place in March 2020, the outbreak of COVID-19 in Italy saw the last of the women's water polo Olympic qualifiers postponed to mid-May. But organisers made the decision to postpone the tournament once again to January 2021.

The eight teams set to compete have been put into two groups but all will advance to the quarterfinals with only the two top teams (the finalists) earning Olympic qualification.

The group stage will be played from 19-21 January before the knockout stage commences on 22 January.

Ten teams had been invited to the tournament after qualifying through respective events in the lead up to the Tokyo 2020 Games.

New Zealand Water Polo decided to withdraw in October 2020 citing in a statement: "The welfare, health and safety and wellbeing of our athletes is the primary concern."

"The Board takes this responsibility very seriously with the athlete at the centre of our thinking and decision making process.

Uzbekistan had been drawn into Group A with New Zealand in Group B.

Competition is set to be fierce with Rio 2016 silver medallist Italy looking to return to the Olympic stage while 2020 European Championship bronze medallist Hungary will be wanting to continue their powerhouse status having made the semi-finals at the Games for the last three editions.

Meanwhile the Netherlands – Beijing 2008 champions, Greece and Kazakhstan hope to return to the greatest sporting after failing to qualifying for the past couple of Olympics.

There is also a chance that a nation could make their Olympic debut with France, Slovakia and Israel looking to make Olympic berths at Tokyo 2020.

Life in the bubble

In a new COVID normal, the world of sport has seen bubble life become common place in order to resume competition.

"We lived completely in a bubble, driving only between the swimming pool and the hotel. I remember everyone was afraid of this period, of confinement, but then everything went great, we spent everyday in a good mood, we forged into a real community," national team member Dorottya Szilágyi told ORIGO.hu in January.

"So I'm not afraid of the Trieste days either."

The team have spent their time since the start of January living in a bubble as they prepare for the Olympic qualifier.

It's been almost a year since Hungary clinched bronze at the European Championships after beating the Netherlands 8-10 in the third-place match. However, preparation for the upcoming tournament has been unlike anything experienced before.

"We haven’t taken part in a tournament like this yet, we didn’t do a number of things like we use to before other world tournaments, we didn’t play a preparation match either, but the other teams are just like that, so I’m not in despair," Head coach Attila Bíró told Nemzeti Sport Online.

"We look good, success will not depend on our general condition, the decisive factor will be whether our hearts are in place at the crucial moments of the day."