A Hypothetical Sino-American War Scenario Of 2025 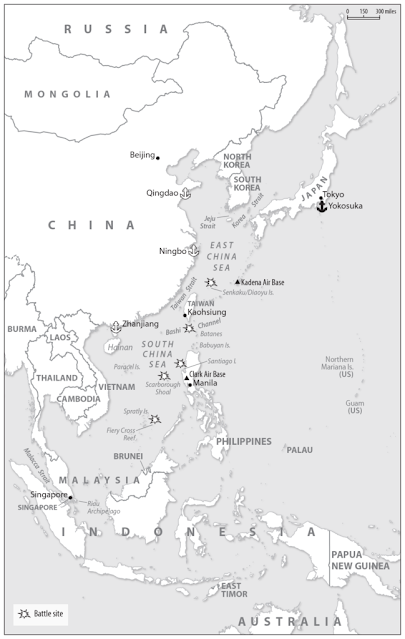 The Sino-American Littoral War, September 9-28, 2025
Michael R. Auslin, Spectator: The Sino-American War of 2025
A future history
The reasons why the United States and the People’s Republic of China (PRC) avoided total war, let alone a nuclear exchange, during their armed conflict in the autumn of 2025 remain a source of dispute. What is clearer is why the Sino-American Littoral War broke out, and what course it took. The United States lost part of its position in Asia, while China found its gains an unexpected burden. The resulting cold war between the United States and China became the defining feature of geopolitics in the Asia-Pacific in the middle of the 21st century. To understand what happened and why, we must start with the political environment between Washington and Beijing in the years leading up to the war, look at their military assets and assess the balance of power in the western Pacific at the outset of hostilities. Only then will analysts be able to interpret the political and military decisions taken by both sides.
Read more ….
WNU Editor: A doubt that a hypothetical U.S.-Sino war would be limited to three weeks. Especially if a US aircraft carrier has been seriously damaged or sunk with great loss of life. If a US carrier is sunk I can easily see this conflict escalate into full engagements within a few days that would encompass much of eastern Asia.Original Article

Previous U.S. Strategy Paper On China Does Not impress Beijing
Next Taliban Accuse Kabul And Washington For Not Respecting The Doha Deal