Is Biden Administration Playing A Dangerous Game In The Middle East?

zekal3_3 2021-03-12 Fashion, Life & Love Comments Off on Is Biden Administration Playing A Dangerous Game In The Middle East? 38 Views 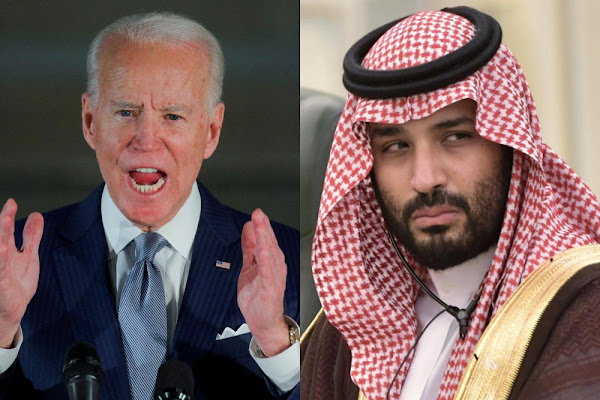 A transformative reassessment of the US-Saudi bilateral ties is unlikely under Joe Biden, analysts say (Reuters)
Cyril Widdershoven, OilPrice.com: Biden Is Playing A Dangerous Game In The Middle East
Washington’s new Middle East policies looks like sandcastle. Targeting MBS means putting region at peril The new media frenzy about a possible full-out confrontation between the US Biden Administration and Saudi Crown Prince Mohammed bin Salman is a sign that Western political leaders are out of touch with reality.
Last week’s revelations published in a declassified report by U.S. security services on the role of MBS in the Khashoggi murder show not only the lack of proof available, but could also lead to a full divorce between Saudi Arabia and the U.S. A growing amount of Western media publications argue that the Saudi Crown Prince should not only be sanctioned, but that Washington also should reconsider its former in-depth cooperation with the Kingdom.
Read more ….
WNU Editor: When you go after your friends and allies in the Middle East (Israel, Saudi Arabia, etc.), while trying to curry favor with your enemies (Iran, Houthis, etc.). This is a recipe for a disaster for U.S. influence and strategy in the Middle East.
Cyril Widdershoven sums it best in his closing remarks ….
…. By indicating or affronting a “King-to-Be”, enemies are being made. Washington’s culture of backstabbing and rumor carousels are maybe effective in the West, in the Arab world “a man’s word is forever, friendship also”….but this is the same for making enemies.Original Article

Previous U.S. Air Force Inspector General: Multiple Security Failures Permitted A Man With ‘Mouse Ears’ To Enter Joint Base Andrews Where Air Force One Is Based On February 4
Next India To Buy 30 MQ-9 Reaper Drones To Boost Defenses Against China And Pakistan