The US Navy Submarine USS Connecticut Has A Bedbug Infestation

zekal3_3 2021-03-12 Fashion, Life & Love Comments Off on The US Navy Submarine USS Connecticut Has A Bedbug Infestation 47 Views 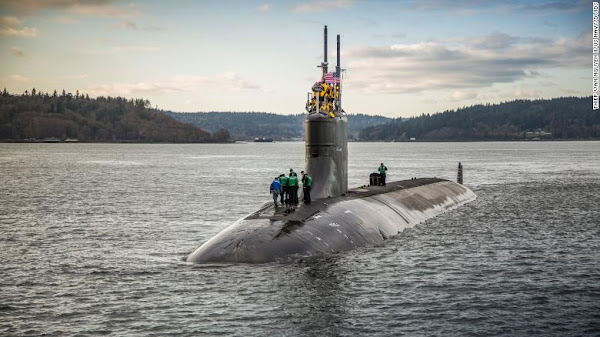 The USS Connecticut
Daily Mail: 'People were getting eaten alive in their racks': US Navy officers reveal the USS Connecticut attack submarine has been infested with BED BUGS since last year – forcing sailors to sleep in chairs or on the floor of the mess hall
* US Navy officers claimed USS Connecticut has been infested with bed bugs * Sailors claim infestation started in March 2020 during ICEX naval exercises * Military spokeswoman disputed charge, saying infestation started in December * Sailors claimed problem got so bad they had to sleep in chairs, on floor of mess * One petty officer said high command was using sailors as 'live bait' for bed bugs * Spokeswoman said military has deployed 'countermeasures' to deal with issue * USS Connecticut has been moored in its home base in Washington State
Sailors aboard a six billion dollar American attack submarine say that the vessel has been infested with bed bugs – and that their commanding officers have been too slow to address the problem.
The situation on board the USS Connecticut has reportedly deteriorated to the point where sailors began sleeping in chairs or on the floor of the mess hall in order to avoid being bitten by the bloodsucking insects.
The infestation is believed to have started in March 2020 while the ship was taking part in ICEX 2020, a biennial military exercise staged by the US Navy in the Arctic Ocean.
Read more ….
More News On The US Navy Submarine USS Connecticut Having A Bedbug Infestation
Bedbugs found on US Navy submarine USS Connecticut — CNN
US Navy sailors have been battling a bed bug infestation aboard an attack submarine — Business Insider
Bedbugs are aboard an attack sub, sailors say — New York Daily
Bed bugs have infested an attack submarine. Here's what the Navy is doing about it — Task & PurposeOriginal Article