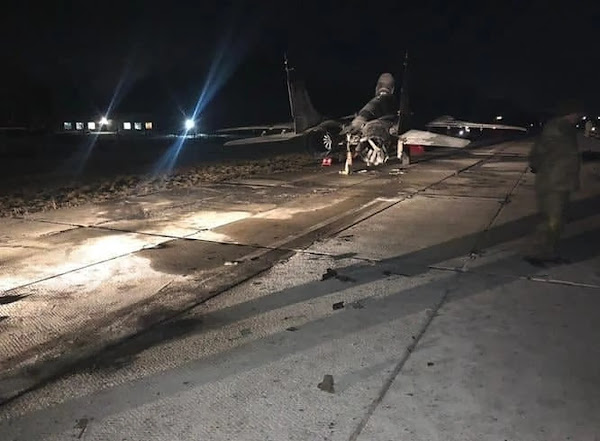 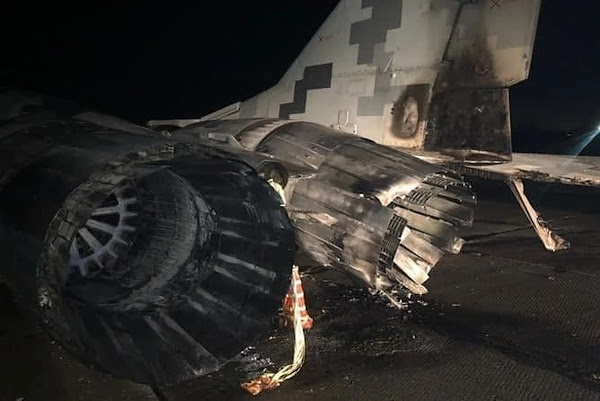 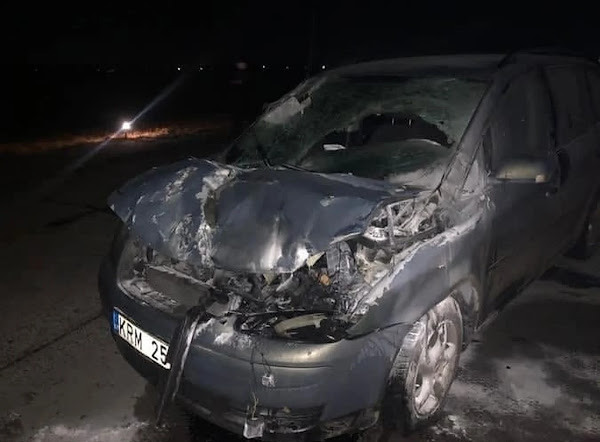 Defence Blog: Ukrainian MiG-29 fighter jet and car collide at Vasylkiv Air Base
On late Wednesday, a Ukrainian Air Force MiG-29 fighter jet from the 40th Tactical Aviation Brigade sustained damage when a Volkswagen Touran collided with it at Vasylkiv Air Base.
Photos circulating on the internet show one of the burned engines of a fighter jet and a damaged car.
Ukrainian military officials said that the fighter plane has been transporting using a tractor to the place of his parking when the car collided with the tail of the fighter.
Read more ….
WNU Editor: Apparently alcohol played a factor. More pictures below.

Last night, 08 WHITE (c/n 2960731239), a MiG-29 Izdeliye 9-13 of #Ukraine Air Force's 40th Tactical Aviation Brigaade got damaged after a drunk officer of #Ukrainian AF rammed his car to the poor fighter jet in #Vasilkov Air Base near #Kiev. LDARZ had overhauled the MiG in 2017. pic.twitter.com/sPcRFq2PtN

UKRAINE: A captain in the Ukrainian armed forces accidentally struck a Mig-29 aircraft with his car yesterday. The aircraft was destroyed. pic.twitter.com/MD7TXHzXoe