US Launch Airstrikes Targeting The Taliban In Kandahar Province 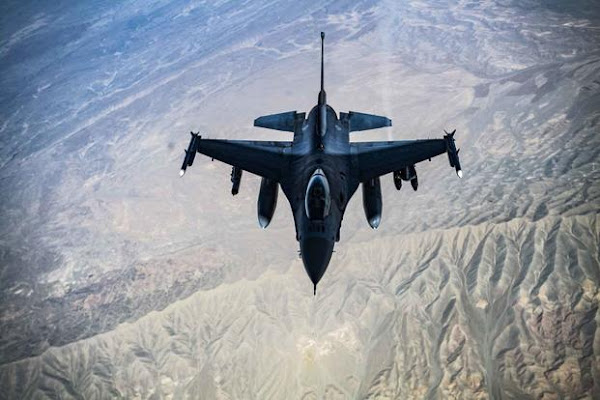 A U.S. Air Force F-16C Fighting Falcon pilot flies in formation over Afghanistan in support of Operation Freedom's Sentinel, March 11, 2018. (U.S. Air Force/Tech. Sgt. Gregory Brook)
Military.com/Stars and Stripes: US Airstrikes Target Taliban in Kandahar Province
KABUL, Afghanistan — The U.S. has conducted airstrikes against the Taliban in southern Afghanistan in the past 48 hours following multiple attacks by the insurgents on Afghan government forces, a military spokesman said Wednesday.
The airstrikes, the latest in Kandahar province, underscore the reliance of Afghanistan's military on U.S. airpower, even as the Biden administration mulls whether to pull all U.S. troops out of the country by May.
Read more ….
Update #1: U.S. airstrikes hit Taliban targets in Afghanistan (UPI) Update #2: US Airstrikes Target Taliban Fighters In Afghanistan’s Kandahar Province – Pentagon (Eurasian Times/Sputnik)
WNU Editor: I see these airstrikes as another sign that the U.S. military is not leaving Afghanistan by May 1.
I am sure the Taliban are seeing this the same way.Original Article

Previous World News Briefs — March 17, 2021
Next China’s Military Is Building A Major Helicopter Base That Is Facing The Taiwan Strait