Russia Will React If Bosnia Takes Steps Towards Joining NATO 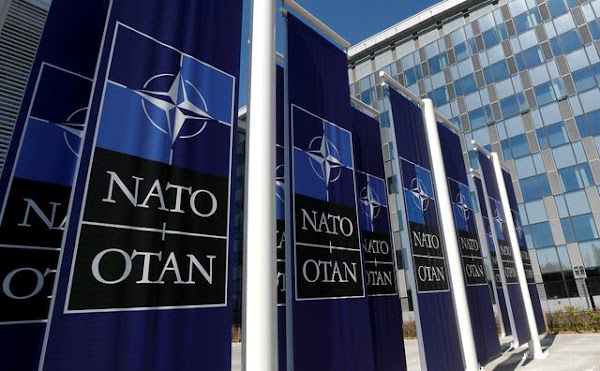 FILE PHOTO: Banners displaying the NATO logo are placed at the entrance of new NATO headquarters during the move to the new building, in Brussels, Belgium April 19, 2018. REUTERS/Yves Herman
Reuters: Russia warns it will 'have to react' if Bosnia moves to join NATO
SARAJEVO (Reuters) – Russia will react if Bosnia takes steps towards joining NATO because Moscow would perceive this as a hostile act, the Russian embassy in Bosnia said in a statement on Thursday.
Bosnia has long proclaimed integration with NATO and the European Union as strategic goals. But the Bosnian Serbs, led by pro-Russian Milorad Dodik who currently chairs the country’s tripartite presidency, want the country to remain neutral and stay out of the U.S.-led military alliance.
“In the case of practical rapprochement of Bosnia and Herzegovina and NATO, our country will have to react to this hostile act,” the embassy said.
Read more ….
WNU Editor: I do not understand why the Bosnia-Croat leadership are pushing to join NATO right now. It will only open a can of worms that everyone is going to regret later. The focus should be on the pandemic, and in the case of Bosnia and Herzegovina, it has hit the country very hard …. Bosnia reports record daily number of deaths from COVID-19 (Reuters).
Update: Why am I not surprised that the EU/NATO are AWOL on providing help …. Bosnia Buys Russian Vaccines After AstraZeneca Suspension (Bloomberg). More here …. Bosnia receives jabs from Serbia amid COVAX dispute (ABC News/AP).Original Article