zekal3_3 2021-03-26 Fashion, Life & Love Comments Off on This Is How Iraqi Militia Groups And Iranian-Backed Death Squads Got Millions From The Pentagon 51 Views 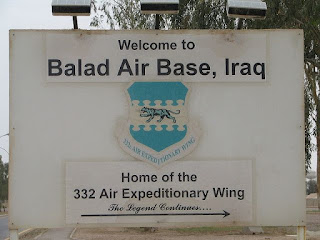 Prospect: How the Pentagon Accidentally Funnels Millions to Iraqi Militia Groups It’s Also Fighting
Leaked documents reveal that the defense contractor Sallyport enriched companies connected to Iranian-backed death squads
Iraq’s Balad Air Base, home of the country’s F-16 program, was running out of fuel at the worst possible time.
It was the spring of 2017 and the Iraqi military was preparing a final push to remove the Islamic State from Mosul, a major metropolis in the north of the country that had fallen to the extremists three years earlier.
But fuel trucks, sent from Baghdad to the American military contractor that operated the base, Sallyport Global Services, were being ambushed. Without fuel, Balad’s fighter jets wouldn’t be able to provide air support to Iraqi soldiers battling the terrorist group.
For the coalition fighting ISIS, the fuel squeeze was a self-inflicted crisis.
Read more …. WNU Editor:
Faster please …. US to begin strategic talks with Iraq to plan combat troop pullout (Middle East Eye).Original Article