Germany Extends Its Military Mission In Afghanistan Until January 2022 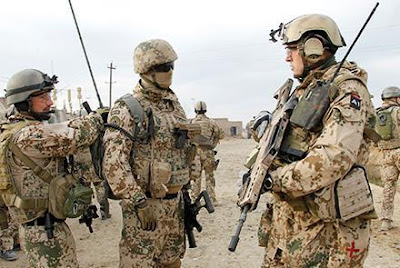 US News and World Report/Reuters: Germany Extends Military Mission in Afghanistan Into 2022
BERLIN (REUTERS) – Germany paved the way for its troops to stay in Afghanistan beyond an April 30 deadline that the United States last year agreed with the Taliban for the withdrawal of U.S. forces after nearly two decades of war.
Lawmakers approved late on Thursday a new mandate which allows the German military to keep up to 1,300 troops in Afghanistan as part of a NATO mission until Jan 31, 2022.
The current parliamentary mandate for the German operation expires at the end of March. The new U.S. government is still reviewing the 2020 agreement with the Taliban so it is not yet clear whether or for how long NATO troops will stay.
Read more ….
Update: Germany Extends Military Presence in Afghanistan into 2022 (TOLO News)
WNU editor: Good question …. Was Germany's military mission in Afghanistan worth it? (DW).Original Article