zekal3_3 2021-03-29 Fashion, Life & Love Comments Off on Taiwan Builds Up Its Military Presence On South China Sea Island That It Controls 33 Views 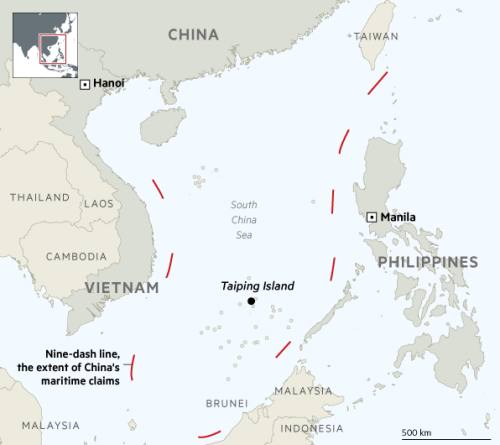 VOA Asia: Wary of Beijing, Taiwan Doubles Down on South China Sea Island
TAIPEI – Taiwan’s military has stepped up training of troops and added defensive weaponry on the contested South China Sea’s biggest natural island to prepare for any attack by Beijing, analysts believe.
Defense Minister Chiu Kuo-cheng told parliament March 17 China was “capable” of attacking and that he wanted Taiping Island “to be ready at all times,” local media reports said. He was referring to a sparsely populated feature in the Spratly archipelago that is located 1,500 kilometers southwest of Taiwan and disputed by five other governments, including China.
“That signals unequivocally that Taipei is concerned and takes China’s ambitions, statements and actions — reaffirming that Beijing intends to [capture] the island — very seriously,” said Fabrizio Bozzato, senior research fellow at the Tokyo-based Sasakawa Peace Foundation’s Ocean Policy Research Institute.
Read more ….
WNU editor: I was surprised to learn that one of the "biggest naturally occurring islands" in the South China Sea is controlled by Taiwan. This island is far-away from Taiwan, but Taiwan is claiming jurisdiction. It is also an island that is being claimed by the Philippines, China, and Vietnam.
Wikipedia's entry on this island has more information (link here).Original Article