If US Forces Leave Afghanistan This Year, The Pentagon Could Be Facing Costly Litigation From Contractors

zekal3_3 2021-03-30 Fashion, Life & Love Comments Off on If US Forces Leave Afghanistan This Year, The Pentagon Could Be Facing Costly Litigation From Contractors 28 Views 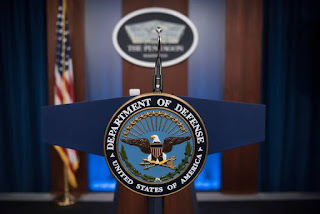 CNN: Pentagon could open itself to costly litigation from contractors if US pulls out of Afghanistan this year
(CNN)Despite the signing of the Doha agreement last February that called for a full drawdown of US troops and personnel from Afghanistan by May 1, the Department of Defense issued nearly a billion dollars in contracts to 17 different companies related to work in Afghanistan past the withdrawal date.
There are currently some 18,000 contractors in the country, of which 6,350 are American citizens.
With the deadline rapidly approaching and no formal decision from the White House, the future of the contracts, some of which have completion dates in 2023 and beyond, remains unclear, but the Pentagon could potentially have to pay hundreds of millions in settlements or face years of litigation if the US pulls out of the country on schedule or by the end of the year as President Joe Biden suggested is likely.
Read more ….
WNU Editor: It looks more and more unlikely that US troops will be leaving by May 1.Original Article