Will Former U.S. Vice President Mike Pence Run for The Presidency In 2024? 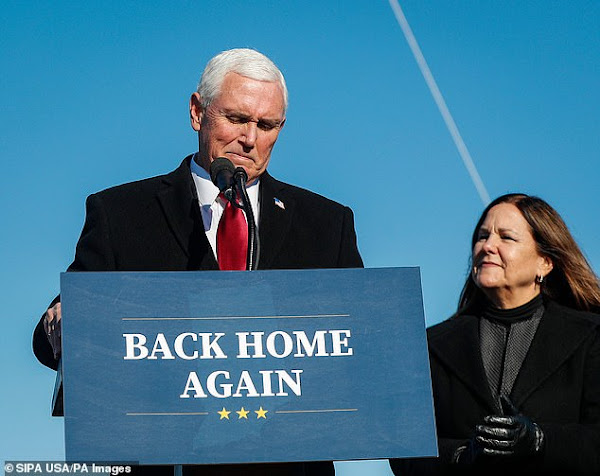 Former Vice President Mike Pence and his wife Karen are living in Northern Virginia before returning to Indiana this summer, the Pences are seen in Columbus, Ind., on January 20th
WNU Editor: I am sure he wants to be President …. Trump’s heir? Pence reemerges, lays groundwork for 2024 run (AP). But if he wins the Republican nomination but cannot make "peace" with former President Trump. His prospects are going to be dim.Original Article