How Many Times Do President Biden And Former President Obama Talk Each Week?

zekal3_3 2021-04-10 Fashion, Life & Love Comments Off on How Many Times Do President Biden And Former President Obama Talk Each Week? 45 Views 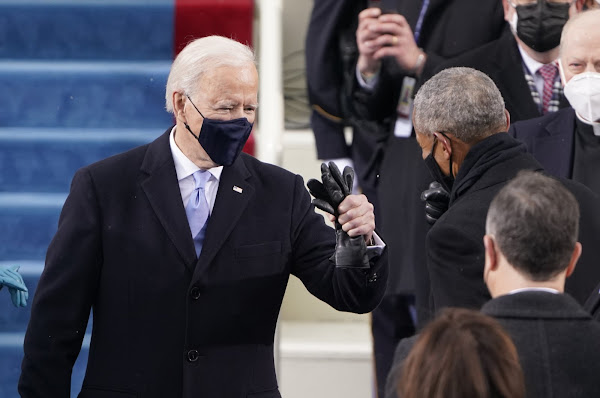 President-elect Joe Biden is greeted by former President Barrack Obama as he arrives during his inauguration as U.S. President in Washington, DC, U.S., Jan. 2021. (EPA Photo)

The relationship between Biden and his boss of eight years has been a point of intrigue in Washington. Obama lives only about 2 miles from the White House, though Psaki appeared to indicate they speak primarily by phone.

WNU Editor: My gut tells me that they talk 2 to 3 times a week. And these are long conversations, not short ones.