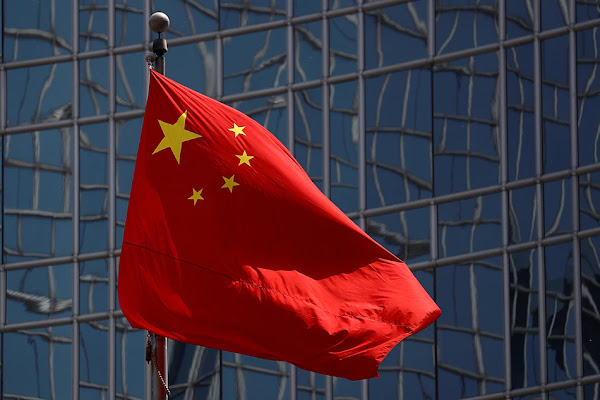 The Chinese national flag is seen in Beijing, April 29, 2020. A tip line in China allows people to report fellow netizens who "distort" the Party's history, and attack its leadership and policies among others. Thomas Peter, Reuters/file

BEIJING (Reuters) – China’s cyber regulator has launched a hotline to report online comments that defame the ruling Communist Party and its history, vowing to crack down on “historical nihilists” ahead of the Party’s 100th anniversary in July.

The tip line allows people to report fellow netizens who “distort” the Party’s history, attack its leadership and policies, defame national heroes and “deny the excellence of advanced socialist culture” online, said a notice posted by an arm of the Cyberspace Administration of China (CAC) on Friday.

“Some with ulterior motives … have been spreading historical nihilistic misrepresentations online, maliciously distorting, denigrating and negating the history of the Party,” said the notice.

“We hope that the majority of Internet users will actively play their part in supervising society … and enthusiastically report harmful information,” it said.

WNU Editor: I have been going to China since the mid-1980s. I lost count over the years on how many times in private my Chinese hosts were critical of the Chinese communist Party and its history. And many of these people were/are senior officials in the Communist Party. But times are changing. My friends are now careful on what they say to me online and on the phone. This Chinese hotline is probably going to make them even more careful. A sad reflection on how much China has changed (for the bad) under President Xi.