Russia Now Claiming A Major Portion Of The Arctic 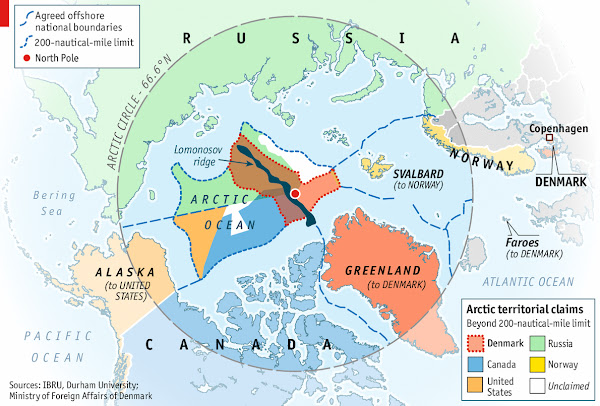 Russia wants to stretch out imaginary lines on the ocean floor — and below it — and that has one northern security expert worried about consequences for other Arctic countries like Canada.

Last week, Russia filed a submission to the United Nations Commission on the Limits of the Continental Shelf to extend a claim to the Arctic Ocean seabed.

The UN still has to review the submission but, if it's approved, Russia would have exclusive rights to resources in the seabed and below it, and not in the water.

The new submission would push Russia's claim all the way up to Canada's exclusive economic zone, an area 200 nautical miles from the coastline, in which Canadians have sole rights to fish, drill and pursue other economic activities.

Russia is not making any claims that infringe on U.S. territory, but the U.S. is still trying to figure out what to do …. US Army says it needs to 'regain dominance' in the Arctic, but it's still figuring out what it needs to do it (Business Insider).